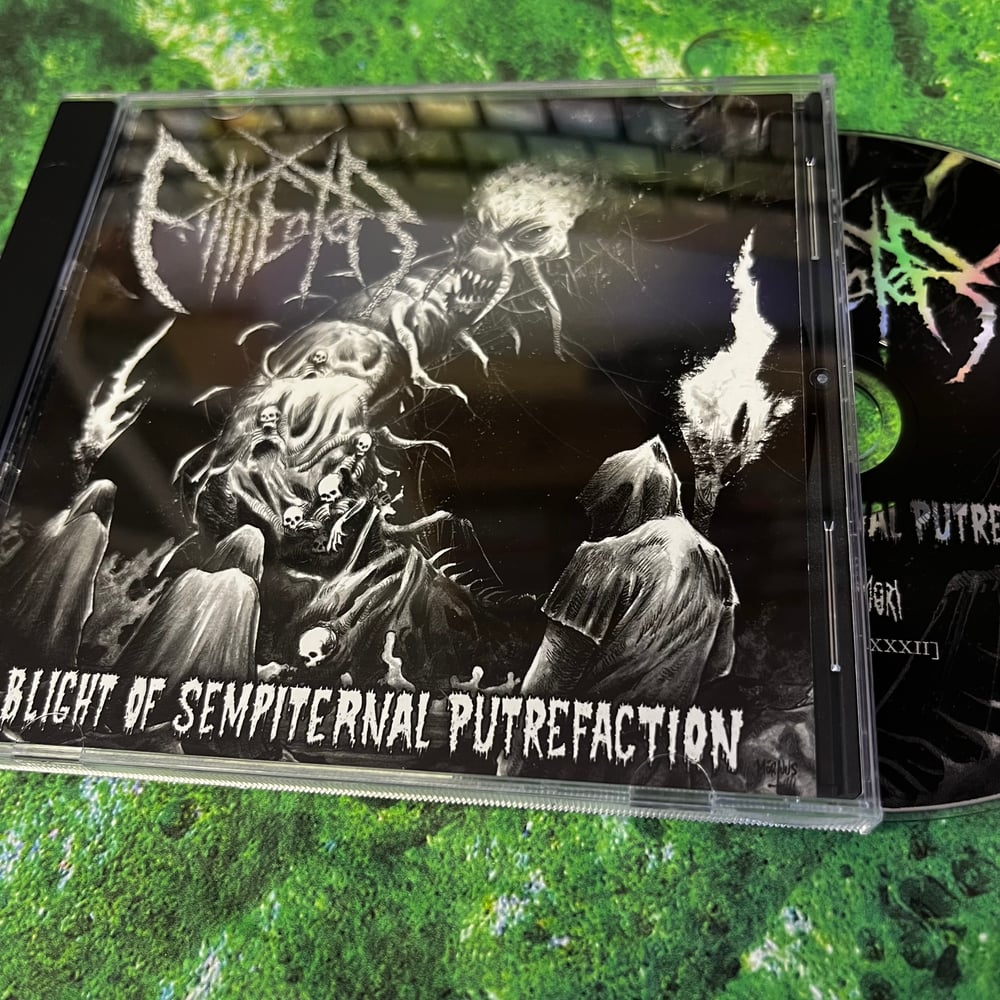 Filtheater's debut album unleashes undulating waves of filth and foulness an unyielding and cruel cascade of garbage and grime that simply refuses to be washed off. Raw and eldritch is their Death Metal with no modern seasonings/neuterings: simply lurch and crunch with palpitating plunges into blastbeaten speed. Death Metal for Death Metal maniacs no more but certainly no less. Prepare to be crushed under the weight of filthy and dismal Mississippi Death Metal!